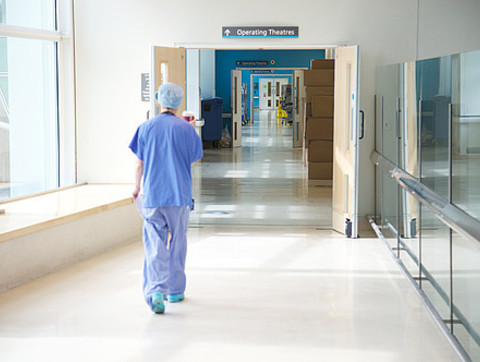 normal unless told otherwise, as preparations get underway for a further day of industrial action.

Junior doctors are planning 24 hours of strike action from 8am this coming Wednesday 10th February, which will affect some services at Castle Hill Hospital and Hull Royal Infirmary.

The action is being taken in response to a national dispute over junior doctors’ pay and conditions. Talks have been taking place between the BMA, NHS Employers, and the Department of Health since November, but have so far failed to reach agreement.

During the most recent day of strike action, 12th January, Hull and East Yorkshire Hospitals NHS Trust was forced to reschedule 13 surgical procedures and 178 outpatient appointments. At the same time, however, some services reported higher than normal rates of ‘DNAs’ (Did Not Attends); patients failing to arrive for their appointments without cancellation or notification.

“We recognise the right of junior doctors to take industrial action. We have been preparing for the impact of this action with contingency plans, which will ensure as many services and clinics as possible are still able to run on 10th February, and run safely.

“During the 12th January industrial action, some of our clinics were reporting higher than expected rates of DNAs or ‘Did Not Attends’; this is where patients don’t turn up to their appointments but don’t call to cancel or notify us either. Whilst some disruption is inevitable next Wednesday, I would stress that we still expect the majority of services and clinics to go ahead, and so patients should continue to attend their appointments as normal, unless they have been told otherwise.

“From a service point of view, we will again be offering more support to those areas which we expect to come under pressure, for example, by making more pharmacy staff available to our wards to help with prescribing issues and hospital discharge arrangements.

“In a limited number of areas where it will be neither possible nor clinically safe to provide services that day, we will regrettably have to cancel and reschedule appointments. We expect the number of cancellations to be low; this was only around 3% during the last day of strike action; but we appreciate that any cancellation can be both disappointing and frustrating for the patient concerned, and we would like to apologise in advance for this.”

Junior doctors will continue to provide emergency cover during the strike period, but in order to help relieve anticipated hospital pressures, members of the public are also being urged to use alternative sources of healthcare advice and medical treatment, such as minor injury units, walk-in centres, GP surgeries and pharmacies, as far as possible.

Information on all local services is available via www.hey.nhs.uk/alternatives