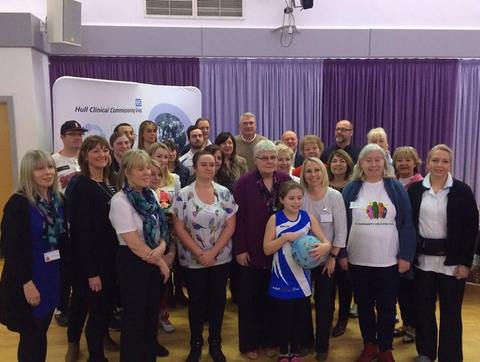 The Healthier Hull Community Fund, the NHS Hull CCG project which sees local organisations, community groups and not-for-profit projects bid for funding, has awarded over £438,772 to 99 groups across Hull to help create a healthier city.

“The Healthier Hull Community Fund is all about letting the public have their say on which deserving, community based projects should receive funding to help us to create a healthier Hull.”

“The groups who have received funding have not only shown ourselves at the CCG how they can improve health and wellbeing in the community, but also the people in the local community.”

All of the groups who have received funding were set the challenge of demonstrating to the CCG that their project or work would help people in the community to be healthier, be more active or help them to better look after themselves. Groups were then tasked with facing the general public, who could have their say in the final funding decision, at a series of public voting events.

“Over the past six months the Communications and Engagement team have met and worked with a number of amazing groups and individuals who genuinely want to make the health of their local community better.”

“We’ve coached the groups from initial idea, through the application stage and all the way up to their pitch in front members of the public and our CCG panel. We’ve had the privilege of watching small ideas turn into practical projects to help benefit people all over the city.”

The successful groups will now begin setting the wheels in to motion for their projects, which may build on existing work or be entirely new to their local community, with many projects expecting to begin in April 2016.

“The projects who have received funding couldn’t be more deserving; they have shown us how even the smallest of ideas can benefit people living in Hull and help improve health in a number of ways.”