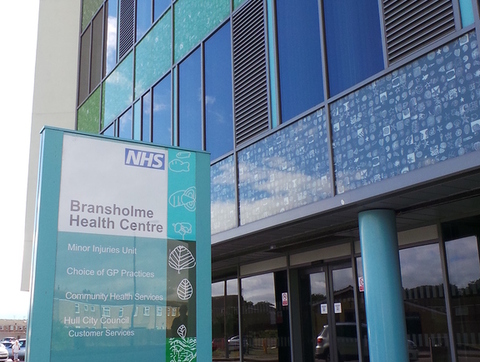 an inspection in July this year. This is a real achievement by the practice and a fantastic resource for the people of Bransholme, Hull to have on their doorstep.

Under CQC’s programme of inspections, all of England’s GP practices are being given a rating in five key areas, are they; safe, effective, caring, responsive and well led. The services provided by Dr Gabriel Hendow have been rated as Outstanding overall.

“It is clear Dr Gabriel Hendow is providing a caring and responsive service which is a real asset to the people living in this part of Hull. To get rated as Outstanding is a real achievement.

“We were particularly impressed with the commitment shown by the practice to help patients take control of their own health, including healthy cooking classes on site, exercise classes for patients in conjunction with the local health centre, as well as a health check for teenagers.

“We were also impressed with the consistently good feedback we received from patients, who told us they were treated with compassion, dignity and respect. They also told us they felt listened to and supported by staff and had sufficient time during consultations to make an informed decision about the choice of treatment available to them.

“This is a great example of what outstanding care looks like.”

There was good leadership at the practice, which involved the whole team. This provided strong and decisive decision making around patient care. Although they were already achieving high outcomes in a number of areas, the practice team wished to improve their services and the experience of patients. They actively explored ways to do this.

In January 2014 the practice started a ‘food clinic’ in conjunction with a local healthcare provider and the local authority. The innovative food clinic was designed to encourage patients to promote their own health and well-being by attending cooking sessions on the practice premises.

Local chefs were sought and fresh ingredients used to enable patients to be taught ways in which to cook healthy food options that improved their lifestyles and all round general health.

CQC spoke with two patient participation group members that had attended the four week food clinic session. They told inspectors that it had made a difference to their lives in a positive way, by allowing them to improve their own health and choose more health conscious foods in the future using their newly acquired skills.

The practice had promoted positive health checks in teenagers (13, 14 and 15 years old) during 2014/15 and had identified health concerns that would have not normally been detected. As a result of this, the practice extended the teenage health check during 2015/16 to include 16 to 19 year olds. Further health concerns were identified and actioned. Data showed that for 2014/15 six out of 67 patients had abnormalities identified and 2015/16 showed that seven out of 83 had abnormalities identified.

The practice also piloted exercise classes for patient in conjunction with a local health centre who also provided a qualified health trainer. A fitness programme of 12 weeks was prescribed to patients with health concerns for example; overweight, high cholesterol levels and poor blood pressure reading.

Patients had their health checked at the start of the 12 week programme and at the end when they had completed their exercise programme. All patients had improvements in their weight, cholesterol levels and blood pressure. This programme is now being rolled out across other practices within the city of Hull.

“All of this hard work and dedication pays off in making a real difference for their patients – which is why we have found this practice to be Outstanding.”