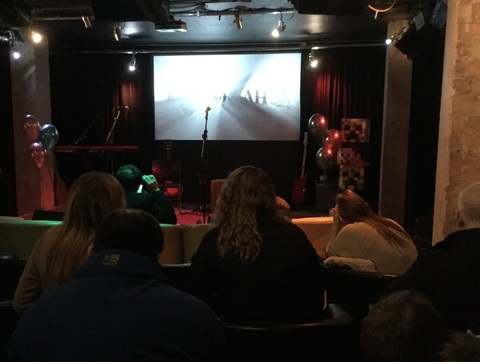 Last night the silver screen was taken by storm when an innovative new film premiered in Hull.

The film, created by local young people using video game technology and with help of Hull & East Yorkshire MIND and the University of Hull, was funded by NHS Hull Clinical Commissioning Group through the Healthier Hull Community Fund.

“This is one of the most innovative projects we have supported through the Healthier Hull Community Fund. Using Minecraft to help young people to be emotionally resilient and deal with cyberbullying is certainly something that we hadn’t heard of before. We know that this project won’t only benefit the young people involved in creating the video, but potentially thousands of other’s in our city, and indeed nationwide, too by sharing it online.”

“We were honoured to be invited to the premiere of the Minecraft film and were thrilled to see how well it has been received locally; we look forward to hearing about the impact it has made over coming months.”

DIGG Deep, as this project was called, tackled mental health and emotional wellbeing as well wider issues of cyber-bullying and online safety.

David Smith, from MIND, said: “The group worked together to create the entire film from scratch. They drafted scripts, created scenery, designed characters, edited the action and even recorded their own sound effect and voices.

“But the project is more than just the creation of a film; through this process these young people have grown in confidence, happiness and emotional wellbeing. They’ve learned to work with each other and have started to bounce back from the mental health challenges they had been facing.”

92% of the young people who took part in DIGG Deep did not need to be referred into other mental health support. The project helped them to grow and build emotional resilience.

At the premiere the young directors were joined by their families as well as staff from MIND and from NHS Hull Clinical Commissioning Group (CCG).

NHS Hull CCG provided funding for this project as part of their Healthier Hull fund. The fund offers small pots of money to local charity, community and voluntary groups to run projects in the community and support the people of Hull.